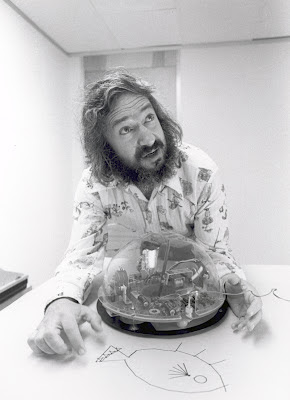 I decided I wanted to try giving Vivian a classical Logo experience using a turtle robot. In 2012, to me that means a turtle robot with MIT/Scratch style block programming and ideally some kind of route to textual Logo and other programming languages.

Gary Stager suggested Lego WeDo, which I'm sure is perfectly reasonable advice, particularly since I know there's some research showing girls aren't particularly interested in robotics, but... I just want that direct turtle on the screen, turtle on the floor dynamic for some reason.

Finding the right robot proved to be a difficult job. First off, the whole thing was surprisingly hard to Google. I was still finding completely new stuff days and weeks after starting. It is a weird, fractured market.

You've still got some older Logo inspired products hanging about, mostly marketed to schools on websites that look about 15 years out of date, like, say, this one. These things generally don't work on Linux and aren't particularly hackable, which is also another constraint. In particular this should work well with an XO.

So that generation is on the way out, mostly in favor of Ardunio based robots. This is good, because they're open, flexible, hackable etc. On the other hand, it can turn into Dad's robot building project, which I assure you is not my intention.

Software hacking, perhaps. I've got more aptitude there. For Arduino based robots, like this one, I should be able to either use Turtle Art's Arduino plug-in, or perhaps ModKit's block UI in addition to the more standard Arduino programming interfaces.

But still, there would be a lot of work by me before the robot even existed, and it'd probably come out around or over my $150 budget for the project, so I was a little dubious.

As it turned out, I finally found something which I hope will be the perfect fit... more on that tomorrow.