"Opt-Out" has been Extremely Polite So Far

Not a single 11th grade students showed up to take the SBAC test at Nathan Hale High School this week, a Seattle Public Schools spokesperson confirmed.

It is more difficult to keep your 8 year old home for a week, but a lot of people could.

Also, kicking out the power cord, loundly breaking your pencil tips and/or humming "We Shall Overcome" 20 minutes into the test would also work. 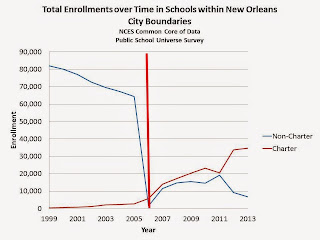 Following this model requires significant depopulation, and much, much more.

You Can't Say Reform Plan was Fine Except Pace of Implementation

That's a crock because an insanely fast pace of implementation was a central feature -- and prerequisite if -- the entire "Race to the Top" agenda. It is a "race," you see! If you could get in a time machine and show that the current plan couldn't be completed by 2015, you would have gotten an entirely different plan that might be implementable in a short enough timeframe. They wouldn't have said, "Oh, ok, as long as it takes to do the right thing is fine because we have deep faith in the power of our ideas."

Probably you would get a decision to not re-write the Common Core from scratch for no reason, but to use the superior version they already had in hand. For some reason everyone still pretends that wasn't a perfectly reasonable approach.

What I Learned from Snow Narrowed Streets

At the same time, the big concern for many engineers, drivers and civic leaders is how lower speeds will impact traffic flow. They amazing thing is that it doesn’t have to make a huge difference. When you’re talking about traffic flow on these urban commercial streets, speed is far less important than delay at intersections. A great example (from the UK) is the main street in the small suburban town of Poynton, which carries more than 26,000 cars a day. They recently dramatically re-designed the street to create “slow speed continuous traffic movement” by removing stop lights.

Having the streets narrowed by snow banks for six weeks, with parked cars at best half in traffic, and people walking on the streets at the same time (even when the sidewalks were shoveled!) was not an ideal situation by any means, and there were definite choke points around, say, every liquor store and bodega, but much of the time I couldn't help noticing that short trips didn't noticeably take longer with everyone driving slower and having to pause periodically to let people past parked cars.

A combination of driving a hybrid, using traffic avoidance software and spending a year in a roundabout-oriented country, has caused me to change my driving routes to ones that travel at a somewhat slower but steadier pace. You get there quicker, it is way less stressful, you save gas and it is safer.

CityArts! in the Neighborhood

I attended my first of what will likely be many end of semester "teachbacks" at the award winning CityArts! program. It is both free and two blocks from our house, so as soon as Vivian was old enough (8), we got her on board with a twice a week arts class. There's also a palpable sense of Providence's larger youth arts pipeline (CityArts -> AS220 Youth, for example).

One thing that was particularly nice is that it gave Vivian a chance to meet some kids in the immediate neighborhood. The biggest problem with our part of Elmwood is the absence of any social spaces. You have to really try to meet anyone, and you then you simply never casually run into people. We've barely interacted at all with most of the young kids in the houses immediately around us. We barely see them at all. The requirement that everyone have off-street parking even contributes to this. Some people never seem to set foot on the sidewalk. We started to feel like maybe it was just us, but after a few months in Stirling I couldn't go anywhere without seeing someone I knew. It is basically just a problem of urban design and infrastructure investment.

Anyhow, I digress. So Vivian became pretty good friends with a girl who it turns out lives about a block away and is homeschooled. She also got to know a boy who lives a couple doors down and goes to Paul Cuffee charter school. We're glad we were able to choose a public school which is considered a "neighborhood" school by distance if not sociology, and by no means the closest to us.

But let's be clear here, ultimately it just sucks to have all the kids in a neighborhood going to different schools, and it is in some ways worse for urban youth that it would be for kids in the suburbs.

On the other hand, yay for CityArts! Great to have some neighborhood resources for kids.

Posted by Tom Hoffman at 1:49 PM No comments:

Only students in the advanced classes could attend workshops where you could learn about the magnet high schools anyone could apply for. If I hadn’t been in pre-Algebra, I would not have learned about the International Baccalaureate program that I would later attend and kick ass in.

There has been too little discussion of the actual mechanism by which having a "high performing" math teacher twenty years ago would have had an effect on your later earnings. Math was widely tracked back when Chetty et al were doing their research, getting bumped up or down made a big difference and as noted above, could have many knock-on effects.

In a sense, Chetty's research may have as much to say about tracking as it does testing. We don't know! 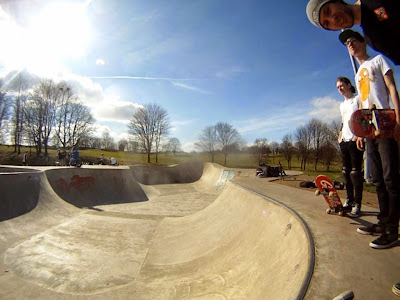 Plus they have way better weather right now!