Of Course I Spoke Too Soon

Not to put too fine a point on it, but it is easy to see that on six of eight NECAP tests, Central Falls elementary scores are lower than they were seven years ago (as far back as RIDE has posted). It just looks like 2012-2013 was an especially low year, even for CF, and thus there is a one year upward trend despite the fact that the long term trend is flat at best.

My Analysis of the SIS Market

Managing an SIS product (from the vendor side) is like providing accounting software in a country where not only are multiple currencies used, and multiple theories about accounting standards co-exist, but the very idea of money is still in dispute. Some sectors of the economy run on fiat money, some pegged to the gold standard, others a currency representing in hours of labor, a few kibbutzes are doctrinaire communist, and a few others are exploring a pseudo-romantic historical fantasy about purely barter-based economies.

This is why even corporations like Apple and Pearson eventually get out of the business. Corporate scale irritation.

Nobody Says Central Falls Achievement has Gone Up

(Lusi) noted that graduation rates increased, dropout rates went down and there were “marked improvements” in reading proficiency levels in fourth and 11th grade during her tenure. While Central Falls, a much smaller district with similar demographics, has garnered significant praise for raising student achievement, Providence students compare favorably to that city at nearly every grade level.

Not to pile onto Central Falls, but nobody praises that district for raising student achievement, because it is basically flat at the high school level since before the Great Firing, and the decline in scores across grade levels for grades 3-8 is truly disturbing, to those who bother to look. 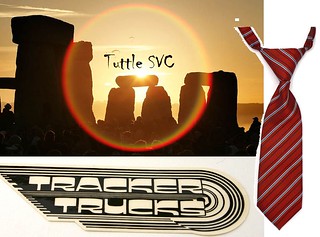 Bridge of Allan Primary Gets a Positive Evaluation

How well do children learn and achieve?

We found children in the nursery class and school learn and achieve well. There is a very happy atmosphere throughout the school and almost all children demonstrate a sense of teamwork and belonging. They are very proud of their school and the success they experience in learning. In the nursery class, children show that they can persevere in tasks. They like to solve problems and relax with their friends at snack time. Children would benefit, as learners, if the structure of the session was reviewed to allow them more time to explore their interests in depth. There is further scope for staff to have deeper conversations with children about their learning. At the primary stages, children explained to us how they were improving their skills in evaluating their own work. They are beginning to identify more effectively what they do well and how they can improve. Through the many attractive displays of work and information boards, children illustrate how well they achieve. Four Green flags from Eco-Schools Scotland and a very recent ‘Green Machine’ award demonstrate children’s commitment to sustainability. A Rights Respecting School award, class charters and contributions to a number of charities outline children’s determination to be responsible citizens within their community. Children are proud of the many talents within the school and their contributions in music, drama and artwork.

The nursery and primary school my daughters attended in Scotland got their inspection report recently. It's positive overall. There's a second report which has ratings in specific categories, which is somewhat more of a "report card" format, where the scores are mostly "good" with a few "very good" (there's one more level above that). Since I can't figure out how to get back to that one, it seems they mostly want parents to see the narrative version.

Anyhow, nothing remarkable here. The inspector's view of the school maps very closely to my somewhat cursory observations of the school over the year, there's probably nothing here that surprises anyone. Which is exactly how such things should work the vast majority of the time. Evaluating a school is not some dark art, and it should almost never about surprising anyone with the revelation that a school that appears to be good is actually bad, or vice versa.

Handwringing about how, HOW!?!? would we possibly evaluate a school without primarily looking at test scores (and graduation rates) is just ignorant and uninformed. To be sure, it isn't easy or simple, there's got to be a well-designed formal process, but it isn't unknown territory.

My favorite example is the argument in favor of teaching science and history for the purpose of improving "literacy." We don't have any working definitions of the core academic disciplines. Or a working definition of a "discipline" or its role in education. The basic definition of education has been hijacked as "college and career readiness," etc., etc. After Vietnam, the US military went back to Clausewitz to try to figure its role out again from first principles. We need to start over with Dewey.

Educational administrators are always going to tend toward technocracy, but right now we have a generation of terrible, uninterested, uneducated, ideological technocrats. It is the worst case scenario.

The international educational status quo is a decent starting point.

Every system has its strengths and weaknesses, but we don't have to act like we're solving a novel problem, as we have been, even as people go on and on about "international benchmarking."

Be realistic about where we are actually putting in real effort today.

For example, the current conversation about the difficulty of building social capital in low-income neighborhoods. This isn't something we're trying to do and failing. We are barely trying at all. We're not even adequately funding the existing public institutions (libraries, community centers, parks and rec., etc.) in low-income neighborhoods. Why don't we try that first before starting the handwringing?

Fund schools from general funds, not grants, especially private ones.

Some districts will waste their money. Get over it.

The ed-tech market does not work.

Enough with the standardized tests.

Professional teachers can evaluate their students. It is their job. They do it all over the world.

AP is a product, not a proxy for quality.

It is easy to mislead people about what "we" believed and did just a few years ago.

The memory hole is voracious.

Education can't be the most important problem in the world -- that we can only attempt to fix without spending more money.

Well, it is ok to give money to consultants, charter administration, and real estate scams.