This Would be a Welcome Disruption: EOMA-68 & the "Flying Squirrel" KDE Tablet

Here's the premise: a standard form factor for a pluggable, swappable pc on a card. 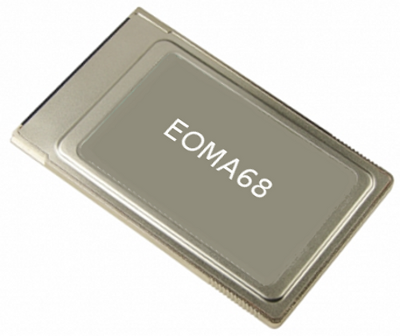 The EOMA68 CPU cards have the CPU, GPU, system RAM, Flash drive, and IO controllers such as SATA, USB, Ethernet, SPI, HDMI, LCD, etc. all in a small self contained metal shelled card that is pluggable into all types of products.

The physical plug is the same as used for the old PCMCIA cards.

This is no great leap forward technologically -- just putting the guts of a smartphone into a card, essentially. And nothing to get too optimistic about, as getting a common standard adopted is much rarer and more difficult than creating a technical innovation. But let's talk about why this would be cool for schools.

The most obvious use case, and the first one that should actually arrive on the market soonish, is a modular tablet. That is, a pretty standard tablet similar to a Kindle Fire, but where you could repair or upgrade relatively easily. It would basically break down into these parts:

The most obvious advantage of this is just lowering the TCO by making it easier to fix or partially upgrade. The most obvious disadvantage is that it's going to be a bit bulkier than a sealed tablet. The architecture shouldn't make much difference in cost one way or another.

There are a few less obvious advantages:

The problem is that this model disrupts the tablet industry by breaking it up into commodity parts. They prefer the all-in-one model. Consumers like it to. Hey, I love that my iPhone feels like it is just a solid seamless block and don't mind that I can't open or upgrade it. But I also accept that essentially nothing used in a school is as sleek and refined as its best commercial version. It is just the nature of the beast.

Basically, we need a Jeep or Beetle version of the tablet for schools, and splitting the CPU card out into a cartridge would make that possible.