As I explained here and here, Rogers High School in Newport is named in RI's Race to the Top Application as a "proof-of-concept school" that has "produced dramatic student achievement gains of 10 to 20 percentage points over the past few years."

I decided to compare Rogers' gains to a rogues gallery of RI high schools:

As I showed previously, Rogers isn't seeing very significant increases in math -- particularly with low income students -- so I looked at the last three years of NECAP reading scores, most recently in October 2009, using the "teaching year" scores which include students who attended the school during the 2008-2009 school year, thus, for example, excluding juniors who have only been in the school for two months. This is important when evaluating the small schools in Providence, where the schools are constantly being rearranged by a hostile administration. For the sake of clarity, I'm going to refer to the tests by the year they were administered.

Presumably Rogers' designation was inspired by their schoolwide reading score increase between '08 and '09, and they stack up pretty well here, only trailing FHS and tied with Hope Arts: 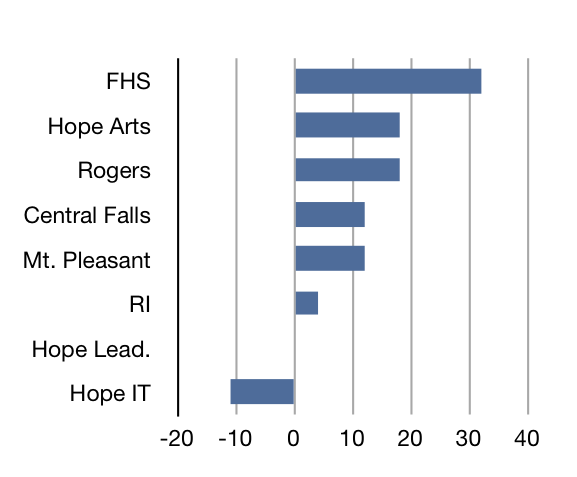 Let's broaden the window a bit though, and look at schoolwide changes from '07 - '09: 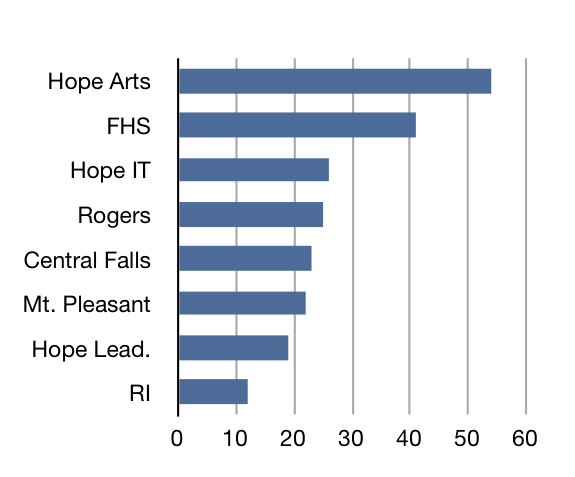 Rogers is now in the middle of the pack and only two points ahead of lowly Central Falls, which has improved steadily in successive years.

But Rogers has a much lower percentage of economically disadvantaged students, about a third, compared to the other schools, which are over 80% lo-SES. And what we really care about is improving opportunities for our most vulnerable students, right? How to these schools stack up looking at changes in NECAP reading for economically disadvantaged students on the NECAP reading test over the past two testing cycles? 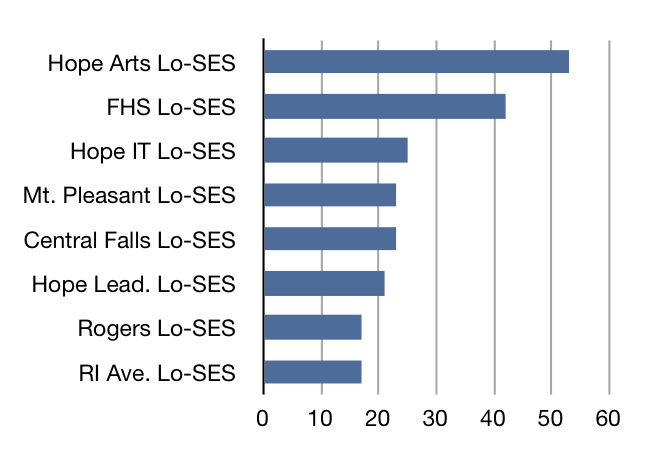 Oops. I prefer this version of that graph where I refer to the schools by their RttT roles: