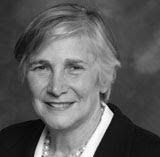 Apologies to Diane Ravitch for complaining about her equating current ed policies with those of Bush and the neocons. She was just a little premature in her pronouncements, that's all. Even Bush, with the demon Cheney whispering in his right ear, couldn't conceive of such misuse and abuse of Title I funds, intended to support the education of poor kids.

U.S. Secretary of Education Arne Duncan said today that he plans to demand radical steps—such as firing most of a school’s staff or its conversion to a charter school—as the price of admission in directing $3.5 billion in new school improvement aid to the nation’s 5,000 worst-performing schools. (EDWEEK)

I got a phone call a couple days ago from an excellent teacher working on a technically "low-performing" high school, who was having a spasm of guilt about interviewing for a job at a new (and thus inherently not "low-performing," at least not yet) school. What made her feel better (somewhat perversely) was pointing that this time next year everyone would be scrambling to get out of her current school, as it would probably be closed in the next two years and seniority would no longer provide a decent position elsewhere in the district if that happened.

That's where we're headed. If you've got a family and a mortgage, you don't have the luxury of indulging your desire to help bring up a low-performing school. If it is closed or re-organized, which is likely, you could be completely screwed. You could lose your health insurance and your pension. At best your life and career will be turned upside down, and you're likely looking at a repeating cycle, since none of these measures show consistent results anyhow. On the other hand, if you can wedge your way into a high-performing school, in the city or more likely the 'burbs, you're fine. That's the new system.

Yup, that's me. I'm in Philadelphia. Next week, I start in a "good" school after spending a good many years at a "bad" school. Like what your post said, I got a family to support. And you know what? I'm not even a classroom teacher, but support staff! ha!