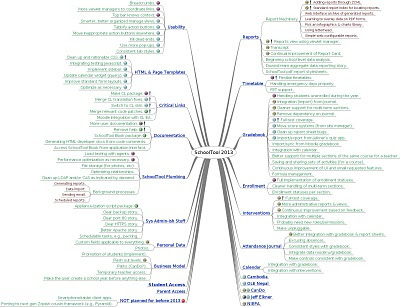 I've cleaned up the planning Freemind mind map we created at the meeting in Portugal. This is roughly the scope of work for the next two years.

This is still more an ongoing brainstorm than a final, formal document.

The source for this will be kept in bzr at: