Reprising an analysis from a year ago, here are the first batch of RI turnaround high schools a "year" later. Actually, they were named in January 2010 and tested in October, so essentially this reflects no real intervention other than the politics. Well, it also reflects Feinstein's school design and curriculum being stripped in the 2009-1010 school year.

This is the "teaching year" data, which means students who attended these schools in the 2009-2010 school year. Which explains how a closed school has data. Also, this is reading plus math, so the theoretical ceiling is 200. 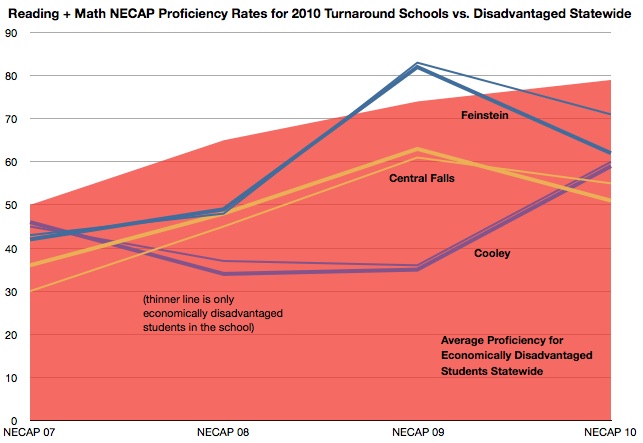 I don't really have anything insightful to say about this. Falling behind the steady increase in the state averages is bad.