I've not been playing EVE actively for the past, oh, four months or so. There are certain tiers of grown-up stress that go well with playing technically and politically complicated massively multiplayer role-playing wargames, and I've been in the wrong space this spring.

But summer is here, a number of issues have been resolved or at least deferred, and with great emorage, the first phase of the new Incarna expansion has come out. 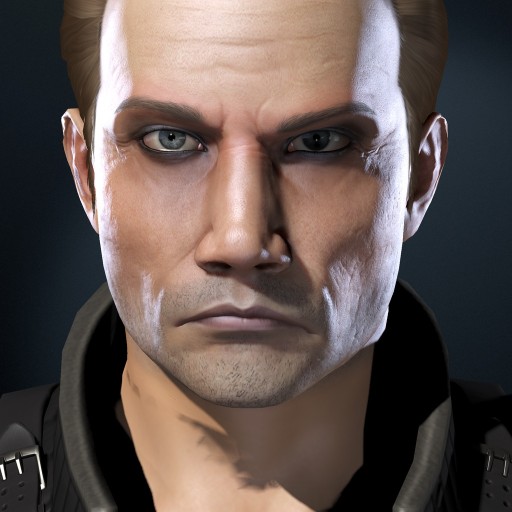 So now the new look Tuttle SVC (pictured above) can, when docked in a space station, walk around his own little hotel room (aka captain's quarters). Previously, of course, in EVE your avatar was only represented by a static portrait, so this is a big change, if only a precursor to actually walking around the station proper, running into other player avatars.

Mostly, however, the big DRAMA this week has been on the role of microtransactions in EVE. So as I ease back into actually playing, expect a few posts on the wacky world of EVE economics.