Whomever Came Up With These Graphs Wouldn't Be Proficient on the 11th Grade NECAP math, and Maybe Not 4th Grade 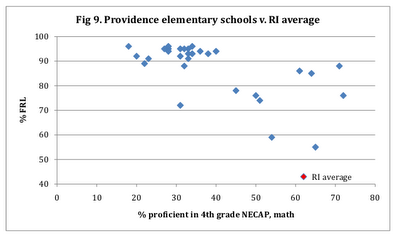 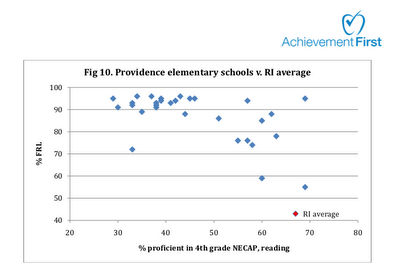 Because of the inconsistent scales? Unless they wanted you to visually compare them, not such a big deal. If they wanted the comparison, very big deal.

Proficiency on the x-axis and frl on the y? I mean, I suppose it isn't mathematically wrong, but don't you teach that the independent variable goes on the x axis?